Where do you go for help with a brain injury when there are no specialists by your side? Here’s Michelle’s story – in the hope all MPs will back the Acquired Brain Injury Bill… 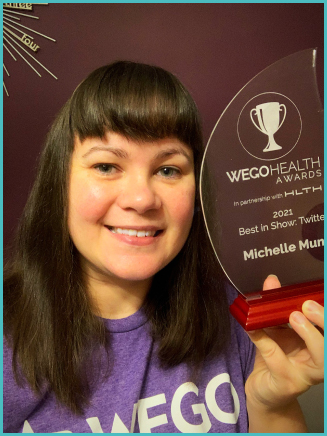 It’s so important that the ABI Bill becomes a law and changes are made for future brain injury survivors.

My story begins in December 2014 when I was driving to work in Hertfordshire on a dual carriageway that I used every day.

As this road runs close to the M25, it is quickly affected by any traffic issues on the motorway, and that morning it had huge tailbacks.

But apparently, I was travelling on the inside lane of the dual carriageway and was slowing for the queuing traffic ahead where people were trying to use alternative routes to the M25.

Then, in a twist of bad luck, a buzzard swooped down behind me, presumably to catch some breakfast, but instead smashed the windscreen of the small lorry that was coming up behind me.

The drivers’ vision was obscured, and he couldn’t see how much I had slowed down and smashed into the back of the little company Smart car I was driving.

The car did a spin and hit the central crash barrier before coming to a halt. 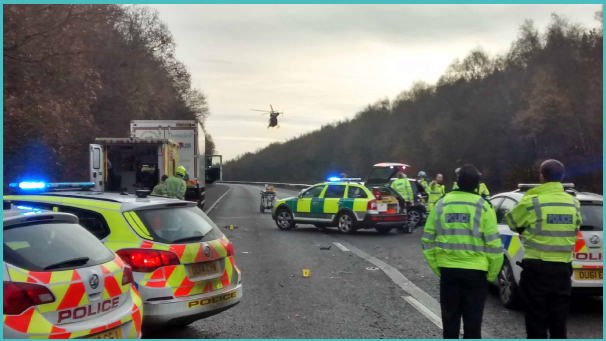 I was airlifted to The Royal London Hospital as, with a large cut to my head, it was suspected straight away that I had a brain injury. My behaviour was strange, and my pulse and blood pressure were unstable.

Thankfully, the team managed to stabilise me, and I was moved from the intensive care unit to the neurosurgery ward for a few days before being transferred to a general ward.

It was noted early on that I had right foot drop, so I couldn’t walk and needed some physiotherapy even to be able to walk with a crutch.

But the most concerning part was the way my memory was drastically affected. I didn’t recognise my partner’s parents.

The Christmas period was fast approaching, and the hospital knew that they would be running on heavily reduced staff through the period as the teams had their well-earned breaks. This means they try to send as many “non-urgent” patients home as possible.

So, after just ten days, I was out.

My partner, James, was happy to have me home but had to fight hard for the hospital to make sure that an occupational therapist would visit me at home to help me rebuild my strength as he was worried about me using the stairs.

The hospital did relent and organised this but, otherwise, said I needed to liaise with my GP to sort out any other local services I needed.

This was happening even though it hadn’t ever been confirmed what my brain injury was. 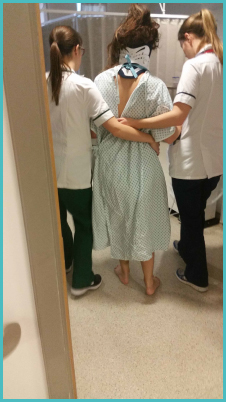 It was suspected I might have had a stroke, but this was ruled out. So, we were left to assume it was a concussion and hoped I would improve in a few weeks.

That lack of information led to the end of my career.

It wasn’t until I had a follow-up appointment as an outpatient in February 2015 that I was told I’d had a bleed at the base of my brain on the day I was admitted.

The hospital had known about the bleed, but they hadn’t needed to perform surgery because it had stopped. However, the blood had irritated my spinal cord, and that was why my organs were all behaving a little offbeat.

Still, they had no advice about what I could expect about my recovery.

I explained I was still struggling cognitively. This led to me resigning from the small company I worked for as my absence was causing them real issues, and I didn’t want to extend my bad fortune onto my colleagues.

If I’d been able to give my employers an indication of how long my absence would be, they could have recruited someone on a contract for a specific time to cover me.

Instead, I chose to hand in my resignation as I couldn’t enlighten them about what to expect of me.

Each doctor has a different attitude which can lead to huge variations in treatment. My hospital notes took a long time to be sent to my GP, so my partner did his best to fill her in.

Once I was discharged as an outpatient of London, appointments were scheduled at my local hospital for ophthalmology and neurology. I was hoping to find a solution for my double vision.

The appointments were on the same day, back-to-back.

In ophthalmology, they tried to find prisms that would resolve the issue. Although it helped a bit, they couldn’t resolve it, which proved I needed more support with how my brain was behaving.

But I was given a follow-up appointment as my sight may change, and the prisms could be more helpful next time.

Then I walked into the office of the neurologist, whose demeanour was somewhat different.

Once I told him I have issues even when I close one eye, he told me prisms would never be able to help me because the problem is how my brain is decoding the images rather than how my eyes are behaving.

He shrugged and said, “What do you want me to do?” and dismissed me. He said there wasn’t anything that could be done, and so he was discharging me.

My follow up appointment with ophthalmology was also cancelled.

I was dumbfounded. I was just left as the responsibility of my GP with no specialists now involved with helping me to recover.

But wait for it, there’s more to this crazy story.

I reported having suicidal thoughts and was quickly assessed by a psychiatrist who confirmed that I wasn’t experiencing psychosis, so I didn’t need to be sectioned under the Mental Health Act.

I was advised to start taking antidepressants. I was also told to contact the now-defunct ‘Wellbeing Team’ for cognitive behavioural therapy.

I did, and the person explained that usually, brain injury patients don’t have this therapy and that I should see a neuropsychologist instead so that she would arrange a referral for me.

She left the job soon afterwards, however, and my referral went missing.

There I was, a suicidal person who couldn’t get help.

It took six months for me to finally get my first appointment with the neuropsychologist (who, by the way, was brilliant).

Thankfully, in the meantime, the charity Headway was able to offer me some counselling sessions.

The ambitions of the ABI Bill are essential for the recovery of future brain injury survivors.

My experience shows that as the NHS is so vast, it isn’t currently in a position to coordinate the aftercare for brain injury survivors. I can only imagine this picture is more complicated when the referral comes from another authority, such as the prison service.

This isn’t good enough and is negatively impacting survivor recovery. We are left trying to fight for services to address each individual symptom. No one is taking an overview of the process at all.

Please support the ABI Bill to improve this situation.

My story proves that a brain injury can happen to anyone at any time, and I’m sure you’d want better for your family.

Since this experience, I write a blog - jumbledbrain.com - which offers suggestions to survivors and their carers on coping with the many different symptoms and situations associated with brain injury.

I also write a column for CFG Law, and I’m very active on social media, recently winning an international award for my patient advocacy on Twitter.

Please check them out. You are not alone!

*The second reading of Rhondda MP Chris Bryant’s ABI Bill, which calls for a national neurorehabilitation strategy, is in the House of Commons on the 3rd of December. More details here: ABI Bill needs you!

A brain injury survivor’s open letter to MPs urging them to back the Acquired Brain Injury Bill.

‘I’m living proof of the win-win outcomes of the right brain injury aftercare’: a letter to MPs urging them to back the Acquired Brain Injury Bill.

As a UK study of autistic people is paused for an ethics probe, we look at the role of neuro OTs in supporting the autism community.