Lose yourself in the music that has uplifted brain injury survivors and their families – 26 sounds (and a singing bowl!) to fine-tune neurorehabilitation.

"[Music therapy] can make the difference between withdrawal and awareness, between isolation and interaction, between chronic pain and comfort - between demoralization and dignity." Barbara Crowe, ex-president of America’s National Association for Music Therapy [1]

It doesn’t take neuroscience to know the diverse effects music has on the brain. From the ‘tear-jerkers’ to the ‘feel-good’, music can move us, both physically and emotionally.

But scientists are now starting to understand the neurological processes involved when we hear music and, vitally, how applying music as therapy can enhance brain injury rehabilitation.

For many years, of course, familiar music has been lauded for eliciting responses from patients in comatose conditions [4] [5] [6] and reducing stress [7]

But exactly which songs or strains of music have rocked rehab worlds? We asked brain injury survivors and their families and accredited music therapists for their most memorable.

Robbie Williams: ‘I Love My Life’

"Even though I always had a love for music and dance with a history of singing solo in church and school choirs - even at an all-schools county songfest - I lost every connection to that love after my brain injury,” says Krysalis blogger, Anne Ricketts.

It wasn't until 2016 - 16 years after I fell on my head - that I jumped up, dancing with glee. I can't say it was with any rhythm, but I bounced about happily and still do any time I hear, Robbie Williams, singing 'I love my life’.

Anne is the founder of Global Brain Injury Awareness (GBIA), a not-for-profit community interest company she launched after sustaining a traumatic brain injury in a horse-riding fall in July 2000.  GBIA aims to inform and support people in need after brain injury. [8]

Avicci: ‘Hey Brother’ and ‘Wake Me Up’

“There are 3 songs that are incredibly important to us,” says Denise Hall, whose son, Chris suffered a traumatic brain injury while working as a tree surgeon in Australia in 2014.

We would often play them whilst in the hospital watching Chris in his coma. Listening to the words gave us the strength to keep going forward.

Denise added, “there wasn’t a dry eye in the room” when the father of one of Chris’s Australian friends visited with his guitar to play Ralph McTell’s Streets of London.

And, significantly, she added: “Chris says he can recall this being played to him which is incredible as he was in a state of semi unconsciousness.”

The injury to Chris’s brain impacted on all but one of his fine and gross motor abilities. When he woke from his coma, he could only open one eye.

But after 3 years of neuro occupational therapy with Krysalis OT, Zoe Martin and further support from allied health professionals, he is now walking and talking again and well on his way to living independently. [9]

John Hiatt: ‘Have a Little Faith in Me’

Mariah Morgan found comfort in 2 songs in “the darkest days” of her recovery from one of the deadliest head injuries [10] – an acute subdural hematoma.

In 2018, the then 34-year-old mother and business owner sustained knee, neck and brain injuries when she was hit by a car on a pedestrian crossing. She was placed in an induced coma as intensive care staff battled to save her life.

“‘Storms’ by Railroad Earth speaks to riding out storms, which is exactly what I was doing (and my family was along for the ride too),” she says.

It was a reminder that we’d get through this awful time together and that there would be better days ahead. It still makes me cry when I listen to it because of the sentiment it brings up!

‘Have a Little Faith in Me’ by US singer-songwriter John Hiatt was the first dance Mariah shared with her husband at their wedding. “But little did we know what tough times we’d go through together and how much faith we really would need in each other,” she adds.

“I have always loved it, but it speaks to me now in ways it didn’t then because of the tough times and the reminder that love has gotten me through so much in my life.”

Gloria Gaynor: ‘I Will Survive’ 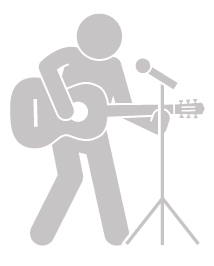 Despite an “excellent prognosis”, Eryn continues to experience cognitive changes and fatigue.

“Eryn’s still very early in her recovery journey, so the music that has brought the most help is upbeat and happy,” Mariah says.

“She cites ‘Ordinary Day’ by Great Big Sea, ‘Don’t Stop Believing’ by Journey and ‘I Will Survive’ by Gloria Gaynor as songs that keep her going and feeling strong.”

The 1949 song, ‘Dirty Old Town’ has been recorded by many musicians over the years, including Rod Stewart and The Pogues. Still, it’s also a hit with musical members of Headway – the brain injury association.

The Headway Black Country Survivors Chorus, which showcases the results of its therapeutic music and sound programmes supporting cognitive and sensory skills, has released its own MP3 version as proof of their progress. [12]

The origin of singing bowls is entrenched in controversy [13], but that matters little to UK artist and brain injury survivor, Ananya Rao Middleton.

Having sustained a mild traumatic brain injury (TBI) in a karting crash, Ananya found that noise – including music - “muddled” her brain.

“So, at the time, I avoided any music besides the podcasts I listened to and meditation sounds,” explains the chronic illness activist.

“They certainly helped me to focus, calm my nervous system and sleep better!”

Ananya, 28, was diagnosed with relapsing-remitting multiple sclerosis in the wake of her brain injury but has now turned her childhood talent in art to raise awareness of chronic illnesses and brain injury.

Her vivid works have won acclaim from the United Nations, UK Parliament, the BBC and the Tate Modern. [14]

Top of the Therapy Pops!

We sounded out the UK’s award-winning Chiltern Music Therapy for their neuro team’s recommended rehabilitative songs - and those of their clients and patients.

The Buckinghamshire-based not-for-profit provides evidence-backed music therapy services for all ages in all settings, including brain injury.

Michael Jackson: ‘You Are Not Alone’

Elizabeth Nightingale, Chiltern’s Neuro Services Lead, who kindly helped to collate the song list and convey contributors’ comments, said Michael Jackson’s ‘You Are Not Alone’ had proven helpful in “supporting each other in recovery and supporting a low awareness client."

“It always gives a boost” with patients during neurorehabilitation, a Chiltern music therapist said of Elton’s 1983 classic, ‘I’m Still Standing’.

And a Chiltern client also cited this song because “it has a lot of different levels to it so that you can find positivity, but also access to different feelings."

‘Lights will guide you home, And ignite your bones, And I will try to fix you’ [15]

It’s become an anthem for recovery since its release in 2005 and still now ‘Fix You’ by the British rock band Coldplay is helping people, in this case in the process of “acknowledging difficulties of rehab and that it's not possible to fix everything”, the Chiltern team tells us.

ABBA: ‘Winner Takes it All.’

Released by the Swedish pop group, Abba, ‘The Winner Takes It All’ – a song about the end of a relationship was a UK chart-topper in 1980. Still, over 40 years later it’s striking chords in neurorehabilitation.

For one Chiltern patient, it represents "winners and losers in the recovery journey, family and friends that stay/support and those that disappear."

Music is really helpful to me as a daily method of relaxation and staying calm.

The 1991 Brit Awards Best British Single, ‘Enjoy the Silence’ by electronic music band Depeche Mode is a welcome blast from the past for Chiltern client, Matt.

“I listen to a whole range of different music,” he said, “and especially enjoy things that remind me of the past. ‘Enjoy the Silence’ by Depeche Mode; I find very calming."

Bill Withers: ‘Lean on Me’

A universal anthem of resilience and collaboration in challenging times, Bill Wither’s ‘Lean on Me’ takes on particular poignancy within the realm of music therapy – “metaphorically and literally!" Elizabeth noted.

What one Chiltern client found at the end of ‘Rainbow’ by Grammy award-winning US country music artist, Kacey Musgraves was a sense of renewed optimism.

This gives me so much hope when I hear and sing the lyrics. It keeps me going and shows me how far I've come.

This rousing song selection comes from a Chiltern patient who clearly connects it to the feeling of joy at being given the all-clear from the doctors: “Ready for discharge, going home!!"

And don’t you go back no more, no more…we hope!

Here’s further proof to back evidence [16] of how music therapy chimes in with speech and communication goals, as a Chiltern therapist explains: “Currently using [Justin Timberlake’s ‘Can’t Stop the Feeling’] to help a client say the first part of his daughter's name (Danielle) and it works a treat!"

For anyone who hasn’t heard the lyrics to ‘Can’t Stop the Feeling’ and therefore doesn’t understand the link to ‘Dan’ (the first part of Danielle), the words ‘dance’ or ‘dancing’ are repeated over 40 times in the song - enabling plenty of speechpractice.

A further 7 songs were recommended by the patients, clients and staff at Chiltern Music Therapy as having played a useful role during neurorehabilitation, including:

What is music therapy?

Music therapy is a psychological clinical intervention provided by professional music therapists who are registered by the Health and Care Professions Council in the UK.

The UK’s “national voice” for the professionis the British Association for Music Therapy [17]. The Music Therapy Charity has supported research into the impact of music therapy since 1969. [18]

Music therapists, who hold a master’s degree in music therapy, establish a therapeutic relationship with people with injuries, illnesses or disabilities to support their physical, cognitive, emotional and social goals through live musical interaction and play.

A wide variety of instruments, including the voice, and musical styles are employed to facilitate positive rehabilitation outcomes.

As human beings, music plays a fundamental role in our identity, culture, heritage and spiritual beliefs. It is a powerful medium which can affect us all deeply.

200 Home activities for brain injury survivors and their families

Waltz with us on world stroke day

How to enjoy a daily dose of exercise despite brain injury

6 Finn, S et al, “The biological impact of listening to music in clinical and nonclinical settings: A systematic review,” Progress in Brain Research, 2018.

9 “Subdural hematoma” in Medical Encyclopedia, US National Library of Medicine.